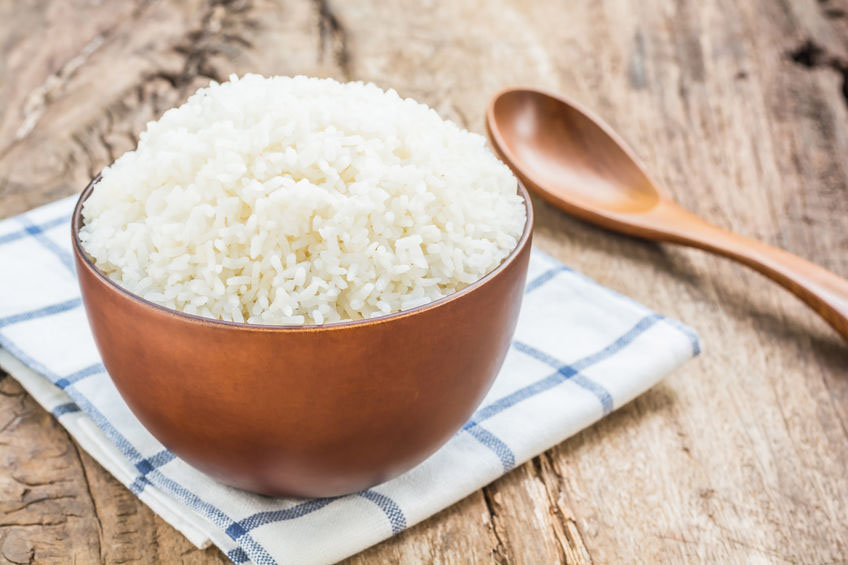 Recently, researchers have found that the majority of rice varieties contain one of the most toxic chemical elements found in the food we eat.

This element is called arsenic and most of us consume it, without realizing it. The worst thing is, arsenic can also be found in the healthy varieties of rice like brown and wild.

That’s why it’s crucially important to read labels carefully. Read on to learn more information about arsenic and whether or not you should ditch rice for good.

Why is arsenic so toxic?

Arsenic can be naturally found in many environments, including plants, water, soil, and even animals. Without realizing it, people supply the soil with more arsenic through fertilizers and pesticides.

There are two forms arsenic – inorganic and organic. Organic arsenic has nothing to do with farming and it’s mixed with carbon. This form of arsenic can be found in animal tissues and some plants.

Inorganic arsenic is typically used in fertilizers and pesticides. A lot of foods like chicken contain inorganic arsenic and their regular consumption can trigger various illnesses and conditions. On the other hand, rice tends to accumulate more inorganic arsenic than other food crops from the environment.

Why does rice contain more arsenic than other foods?

The phosphate fertilizers, wood preservatives, some herbicides and pesticides, and industrial waste are the major sources of arsenic pollution.

As mentioned above, rice tends to absorb the higher amount of arsenic from soil and water than other food crops. When you use water contaminated with arsenic for cooking, rice will absorb almost all arsenic from it during cooking.

Moreover, rice is grown in paddy fields or flooded fields, which require tons of irrigation water. This water is often contaminated with toxic arsenic, which accumulates in the soil of the fields where rice is grown.

Even organic rice does contain arsenic, albeit it contains fewer pesticides. The thing is, rice soaks up the toxic element from the soil. Unless the soil has never been exposed to arsenic – which is almost impossible, rice can be 100% healthy.

Black and brown rice varieties along with wild rice are considered as the healthier types of rice when compared to white rice. However, some of them contain more arsenic than white varieties.

For instance, black rice contains the increased level of the toxic element, albeit it’s known for its astonishing antioxidant content. Depending on where wild rice is grown, it can have less arsenic than other types of rice.

Related:   10 Most Healthy Vegetables on The Planet

How can arsenic affect your health?

It’s hard to spot arsenic in your food, including rice, as it has no specific taste or smell. Organic arsenic is usually present in the body in low amounts and leaves it within a couple of days.

The inorganic arsenic can also cause no harm to the body, but if you consume it in large amounts, it can trigger a diversity of health issues.

The small amounts of inorganic arsenic in the body can result in diarrhea, stomach pain, drowsiness, headaches, and high blood pressure.

The inorganic arsenic also negatively affects the brain function – it’s particularly harmful to your nerve cells. Kids and teens have an increased risk of experiencing the arsenic exposure effects.

They might experience lowered social competence and intelligence, as well as poor memory and impaired concentration.

A group of researchers from the Children’s Environmental Health & Disease Prevention Research Center at Dartmouth, found that pregnant women who consume the increased amounts of arsenic tend to have problems during pregnancy.

This toxic element negatively affects the fetus and can lead to hindering development and birth defects.

Is it possible to eliminate arsenic in rice?

Unfortunately, it might be extremely hard to fully eliminate arsenic in rice, especially if this rice was grown on the contaminated fields. But, you can reduce the amounts of it by following some simple rules.

First of all, make sure you use filtered water when cooking, as tap water can be contaminated with organic or inorganic arsenic.

When it comes to cooking rice, soak it overnight or better for 48 hours before cooking, changing water each 12 hours. If you don’t have time, simply rinse rice thoroughly with filtered water.

Cook rice in a lot of water and then drain the extra liquid off. This will help to reduce the amount of arsenic.

If you’re lucky to purchase rice grown in the Himalayan region like Nepal, North Pakistan, and North India, be sure you use this type of rice since it contains little to no arsenic.

The final word is, you shouldn’t stay away from rice, but ensure you cook it correctly. Most importantly, diversify your weekly meal plan with a variety of healthy food to supply your body with the essential nutrients and antioxidants and reduce the exposure to toxic elements.

When you consume rice in moderation – regardless of the type – you’re less likely to experience any side effects it might have. If you’ve used to eat rice on a daily basis, you have an increased risk factor of arsenic-related health issues.