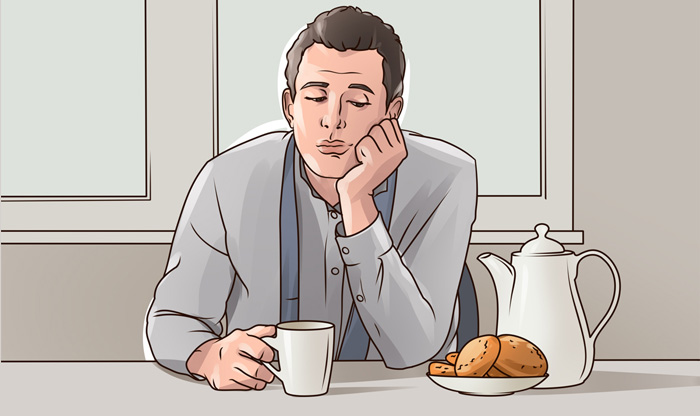 Many of us have already heard about lactose intolerance and the impact it has on the human body. However, very few people know about the condition such as carbohydrate intolerance and how dangerous it can be.

It’s impossible to determine carbohydrate intolerance at home and the symptoms might be similar to other – more common – digestive issues.

The trickiest thing about carbohydrate intolerance is that it can occur even if you’re eating healthy food or follow plant-based diets.

Today we’re going to discuss everything every person should know about carbohydrate intolerance and how to deal with it.

The body’s inability to digest carbs is called carbohydrate intolerance. This condition might occur because of increased consumption of sugars and carbs or a genetic deficiency of enzymes, which aid in digesting certain carbs.

When the body has difficulty digesting carbs, it gives the green light to a condition hyperinsulinemia, also known as insulin resistance. Typically, as soon as carbs get into the body, it stimulates the production of a corresponding level of insulin into the blood flow to help reduce the blood glucose so that it’s the base line level again.

But, eating too many carbs during the day on a regular basis slows down the process of breaking carbs down. This makes the body’s cells resist the insulin effect, which can result in chronically increased blood glucose levels.

When ignored, a high-carb diet can make the body release more insulin, trying to improve the response of the cells. During this process, you might start experiencing the symptoms of carbohydrate intolerance. Some people who stick to a diet rich in carbs might not experience the same symptoms, though. It depends on metabolism and overall digestive health.

What are the symptoms of carbohydrate intolerance?

Any digestive issues might indicate that you have some sort of intolerance – be it lactose or carbohydrate – so make sure you see a doctor immediately.

Pay attention to the next symptoms and reconsider your eating plan to avoid them:

The increased blood sugar levels are among the main symptoms of carbohydrate intolerance. The glucose level in your blood begins to increase when your body fails to break down and digest carbs properly. When carbs stay in the bloodstream though, it makes your blood glucose rise.

Related:   Can You Eat Too Much Avocado?

However, the increased blood sugar level isn’t always an indication of carbohydrate intolerance. It might signal other health issues or it just might be a temporary increase. Be sure you check your blood sugar levels regularly – especially if some of your close relatives suffer from diabetes.

Have you noticed that it’s getting harder and harder to control your weight? Are you putting on extra pounds? People who have carbohydrate intolerance can gain weight even after consuming healthy foods like quinoa or sweet potatoes. That’s because there are too much glucose and sugar in the blood flow.

According to a scientific review, when carbs are used for energy right after consumption instead of being broken down, the body makes everything possible to eliminate them from the blood stream.

Oftentimes, excess carbs are stored as fat, increasing your risk of obesity. A lot of people who are trying to lose weight mistakenly believe that eating more healthy carbs is good for their weight. In reality, if you have any weight issues, you should monitor your consumption of both healthy and unhealthy carbs.

While intense sweet cravings might indicate that you don’t get enough calories from the food you eat during the day, it might be a sign of carbohydrate intolerance as well.

Sugar gives us the wrong energy, yet it’s still energy that you need to tackle the day. When your body doesn’t digest carbs effectively, the cells begin to demand more glucose to supply the brain and body with energy.

When the body fails to use carbs for energy, intense sweet cravings start and you might also experience other symptoms of carbohydrate intolerance, such as bloating or nausea.

Intense sugar cravings might also be an indication of poor nutrition, increased salt consumption, or even anemia. Rather than eating plenty of starch, combine it with protein and fats to fight your cravings.

People with carbohydrate intolerance almost always experience gas and bloating, especially during the night. That happens because the body is unable to effectively break down carbs eaten throughout the day. So, all those carbs stay undigested in the colon or stomach, triggering bloating and resulting in a condition called meteorism.

The worst part about it is that undigested carbs create a good environment for bad bacteria that form and give off gas. Of course, there are other reasons why you’re feeling bloated all the time. If you experience meteorism after eating carbs, chances are you’re carbohydrate intolerant.

Unless you munch on sugary treats each time you feel an energy drop, chronic fatigue might become your “best” friend on a daily basis. Because of blood glucose drops and spikes triggered by poor carb absorption, carbohydrate intolerance negatively impacts the body’s energy levels and results in chronic fatigue.

Whether you feel tired after each main meal of the day or you’re feeling chronically tired all day long, pay attention to what’s on your plate. Does it have enough micro and macronutrients? Even the slightest disbalance of nutrients on the plate can make you sick.

Multiple researches have found that the ability of the body to process and digest carbs and use them to get more energy is linked to chronic fatigue. When glucose metabolism slows down, carbohydrate intolerance might be a reason for it. People diagnosed with diabetes are more likely to experience chronic fatigue, according to a scientific review.

Other factors that result in chronic fatigue are stress, insomnia, a lack of sleep, and malnutrition. It’s not enough to simply stop eating carbs in order to treat chronic fatigue. Your lifestyle matters, too.

How to treat carbohydrate intolerance

Once you find out that you’re carbohydrate intolerant, there are several critical steps you should take to heal your body. First of all, pay attention to your meal plan.

If you’re obese or overweight, you experience intense sugar cravings, frequent hunger pangs, or high blood pressure, consider limiting your consumption of carbs – no matter how healthy they are. Of course, it doesn’t mean that you should stop eating carbs, moderation is vital here.

Low-carb diets are known for their positive impact on the digestive system and skin health. Moreover, it might give you enough energy to get through the day without grabbing chocolate bars every 10 minutes.

Vegetarians and vegans are less likely to experience the symptoms of carbohydrate intolerance, yet they should consume more healthy fats found in foods like olive oil, nuts, or avocado.

Dairy products are rich in carbs, so try to reduce your consumption of milk, cheese, and butter to a minimum, too. But the major thing you should do when dealing with carbohydrate intolerance is to ditch sugar.

It’s tricky and takes a lot of effort. In some cases, it’s the only way to treat the symptoms of carbohydrate intolerance.

Instead of sugary foods, incorporate more fresh fruit and frozen berries into your daily meal plan. You can also eat red bell pepper to tame your sweet cravings. When it comes to veggies and legumes, avoid eating too many complex carbs found in quinoa, buckwheat, beans, grains, and starchy veggies. A couple of portions per week will go a long way here.

Alcoholic beverages – especially beer – can contribute to carbohydrate intolerance, as well. It’s okay to have a glass of dry wine on Friday, but try to stay away from alcohol, cocktails, and sweet drinks, which are high in sugar. Whether you’re a tea or coffee drinker, reduce the amount of sugar you put in your cup each morning.

In most cases, it’s enough to change your diet in order to treat carbohydrate intolerance. However, it’s also important to reduce your stress level, get enough sleep, exercise, and quit bad habits like drinking and smoking. Although bad habits don’t cause carbohydrate intolerance, they could affect some functions of the body, including the function of the digestive system.

Carbohydrate intolerance might not seem like a serious disease, but it can negatively affect your physical and mental health.

Since it’s hard to detect this condition, ensure you see your doctor as soon as you start experiencing the symptoms mentioned above. Remember, your health highly depends on your eating habits.

While high-carb diets have become popular in the last decade, it’s vital to be sure that your body needs this type of diet.

16 Best Protein Sources (Excluding Meat)
Is Too Much Protein Harmful To Your Health?