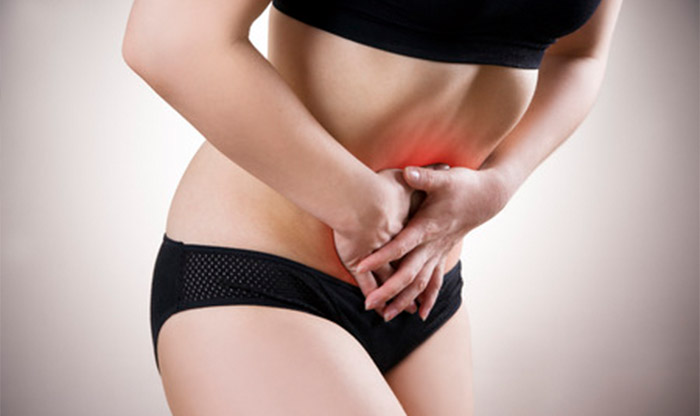 The latest statistics show that around 176 million women around the world suffer from endometriosis, a dangerous condition that involves the problem with the tissue that generally lines the uterus growing outside the uterus.

During every menstrual cycle, the tissue keeps thickening, breaking down, and bleeding, getting trapped within the body. That’s the major reason why some women suffer from intensively severe pains during their periods.

However, as statistics state, many women have no symptoms at all and thus develop other conditions. Being aware of endometriosis symptoms and causes will help you spot a condition promptly and avoid its horrible consequences like infertility.

What’s endometriosis and who’s at risk?

Endometrial tissue is composed of connective tissue, blood cells, and gland. It typically grows in the uterus and plays a key role in preparing the womb lining for ovulation. The build-ups of endometrial tissue, endometrial implants grow outside the uterus, leading to a condition named endometriosis.

Although endometriosis isn’t a new illness, only now researchers and gynecologists start emphasizing this condition. There’s no clear evidence on what can increase the risk of endometriosis, but one thing is clear – it can affect girls starting from 15 and women in their 30s and 40s. Regular gynecologist check-ups can help spot the first signs of the condition.

Endometriosis can actually develop anywhere in the body. The pelvic area though, is the most vulnerable. Endometriosis may affect the lymph nodes, peritoneum, fallopian tubes, and the ovaries.

Endometriosis isn’t contagious and women who suffered or suffer or suffered from asthma, allergies, chronic fatigue syndrome, certain chemical sensitivities, and autoimmune diseases, and have breast or ovarian cancer are all at risk.

Other risk factors are:

Genetic predisposition is the major risk factor here. Numerous studies have revealed that sisters and daughters of women who have endometriosis have a higher risk of developing the condition too.

What are the major stages of endometriosis?

This condition has 4 major stages, such as minimal, mild, moderate, and severe. The number, location, depth, and size of endometrial implants help to determine the stage of endometriosis.

What are the causes of endometriosis?

There are no proven cases of endometriosis, but besides genetics, the leading causes of this condition are:

What are the major symptoms?

If you’re experiencing at least 5 of the following symptoms, you might be at risk, so watch out for:

Since you may have no symptoms, especially during the first two stages of endometriosis, it’s vital to see a gynecologist at least every two months. In spite of the high infertility risk, women with endometriosis can get pregnant, providing a temporary relief from the symptoms.

There’s also a link between endometriosis and cancer, particularly some types of brain cancer, ovarian cancer, and non-Hodgkin’s lymphoma. However, endometriosis has nothing to do with endometrial cancer.

Endometriosis is an incurable gynecological condition, but it’s absolutely manageable. But don’t try to treat it at home, even if you have the first stage of endometriosis. When ignored or treated incorrectly, endometriosis can negatively affect your overall health and lead to infertility.

There are surgical and medical options available to help relieve the symptoms of endometriosis and prevent any potential complications. Gynecologists always try medical options first, but when the condition doesn’t improve, surgery may be the only option.

Apart from surgical and medical options, you may also need a help of a psychologist that help to treat mental issues related to endometriosis, such as anxiety, fear of infertility and cancer, and depression.

Here are the major endometriosis treatment options available these days:

What are the major endometriosis complications?

Infertility and the problems with getting pregnant are the most serious complications of endometriosis. Women with minimal and mild stages of the condition have the higher chances of conceiving and carrying a baby to term. However, there’s always a risk of a miscarriage and fetus development issues.

Unfortunately, medications and therapies don’t always boost fertility, even if they help to banish the majority of the symptoms of endometriosis. If you’re diagnosed with infertility and you may need to consider having a surgical procedure to remove the endometrial tissue. However, this doesn’t work for all women with endometriosis, which is why additional fertility treatments may be required to help to increase the chances of getting pregnant and carry a healthy baby.

If you’ve been diagnosed with the earlier stages of endometriosis or you know that someone in your family suffered from this condition in the past, you might want to think about getting pregnant as soon as possible – of course, if you want to have kids. As the symptoms worsen over time, the chances of conceiving become lower and lower.

Apart from infertility, endometriosis can lead to plenty of other complications, including bladder and intestinal complications, scar tissue and the likelihood of adhesion development, inflammation (in some cases chronic one), ovarian cysts, the higher risk of developing endometriosis-associated adenocarcinoma or ovarian cancer, and incurable infertility, among the others.

It’s vital to consult an expert and receive therapies in the hospitals only. Not only will you avoid all the future complications, but also ward off the horrible symptoms of endometriosis.

Is it possible to treat endometriosis at home?

As stated above, seeing the doctor is a must, albeit there are several things you can do at home in order to reduce the symptoms of endometriosis. First of all, start with your weekly or monthly eating plan. Does it contain too much processed foods, caffeine, or alcohol?

Eating healthy foods – think veggies and fruit – aids in strengthening your immune system and providing your body with essential nutrients. It’s critically important not to skip your meals, especially breakfasts – you need a strong body that will be able to fight the endometriosis symptoms. Avoid drinking too much caffeine and alcohol and switch to healthier drinks instead.

Secondly, learn how to manage your emotions. A lot of women confess that they suffer from panic attacks, depression, and other mental disorders due to the fear of never having the kids. Keep your stress levels at bay and nurture your mind with the positive thoughts only.

If you live a sedentary lifestyle or you can’t work out due to the pain or other endometriosis symptoms, consider walking or stretching a few times a day. Mild exercise has been shown to relief the pain and delay the progress of the condition development by lowering estrogen levels.

If you smoke, this habit can also trigger some endometriosis symptoms. The same comes to chronic fatigue and sleep deprivation.

Never take any medications without consulting your gynecologist first and avoid using any home remedies that promise to cure endometriosis fast.

Vaginal childbirth can also reduce the likelihood of endometriosis. The statistics show that women who haven’t given birth vaginally (cesarean section) are more likely to develop any stage of endometriosis.

Endometriosis is a serious condition that can affect any woman from postmenopause to even premenarche, but it’s also critical to realize that infertility isn’t always caused by this condition.If you have trouble getting pregnant or carrying a healthy baby though, and you suffer from several of the symptoms mentioned above, chances are you have endometriosis. See a gynecologist as soon as possible to avoid a surgery and any complications in the future. Self-treatment isn’t allowed.

20 Easy Ways to Fall Asleep Faster
Every Parent’s Guide: The Causes and Treatment of Febrile Seizures