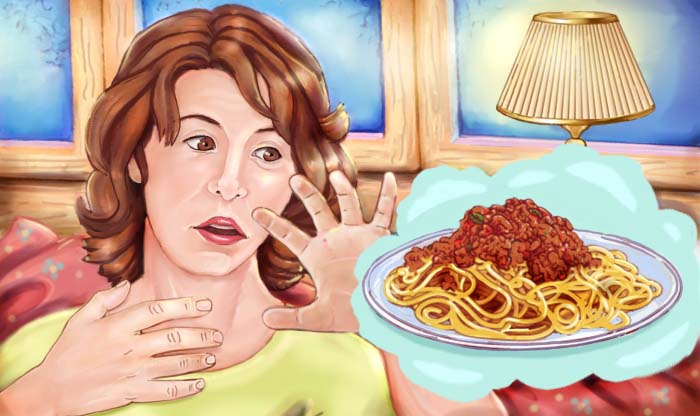 Did you know that there are foods that will make you toss and turn the whole night even if you ate them 2 or 3 hours before bed time? This article will discuss the worst foods you can eat before food.

Have you ever wondered why we are scheduled to sleep at night and not day time? The hormone associated with sleep is known as melatonin which is produced by the pineal gland.

Although sleep is induced by melatonin release in the bloodstream, there are factors which hinder the activity of this hormone. Doctors recommend that people should sleep at least 2 hours after dinner to avoid digestive problems. Some foods are enemies of sleep, and they include:

Deep fried foods like fries, pork, and sausages promote wakefulness through the stimulation of the production of orexin. Orexin is a hormone that induces appetite, and wakefulness. It is produced by neurons that project from the hypothalamus region of the brain. For these neurons to produce orexin, they have to be stimulated by neurotransmitters known as neuropeptides.

According to scientific research, high-fat foods stimulate the production of the Neuropeptide-Y, which creates impulses that induce the production and the activity of orexin by the neurons of the hypothalamus. For this reason, eating fatty foods will undermine the sleep hormone melatonin and increase orexin in the blood stream causing lack of sleep.

Most processed foods in the high-fat foods category have preservatives which produce free radicals once ingested. The free radicals are known to cause oxidative stress on the brain neurons which contribute to neurocognitive dysfunction disorder.

Studies have proved that there is a link between neurocognitive dysfunction disorder and obstructive sleep apnea syndrome (OSA). Patients with this disorder showed significant improvement after they were treated with antioxidants. OSA is a sleep disorder characterized by difficulty in breathing causing wakefulness.

It should be noted that ingestion of high-fat foods one-time will not have much effect on neurons, but continuous intake of these foods will lead to constant creation of free radicals which cause continuous oxidative stress.

Caffeine affects the sleep pattern in two ways; by undermining melatonin and stimulating metabolism. Metabolism is a homeostatic process whereby food or fat is converted to energy (glucose).

Studies have revealed that coffee blocks a nucleoside called adenosine, and this action stimulates the production of norepinephrine hormone. Caffeine further stimulates the conversion of norepinephrine to epinephrine hormone which breaks down fats in the adipose tissue to energy. A person feels energized almost instantly after taking any food containing caffeine. If you are energized, you will prefer to be involved in a physical activity rather than sleeping.

How does caffeine undermine melatonin? Caffeine blocks the signaling pathways of melatonin rendering it ineffective in its activity.

3.Foods that may cause Obstructive Sleep Apnea

Obstructive sleep apnea is a condition characterized by difficulty in breathing in the upper region of the respiratory tract. One of the leading causes of this condition is the excessive mucus production.

Histamine is known to be active when the body is inactive. This means that people who are sensitive to histamine will itch all night as long as they are lying down and not involved in any physical activity.

The production of excessive mucus by histamine will lead congestion of the respiratory tract. Possible effects that will follow after this is sneezing and difficulty in breathing. When breathing is interfered with so does the regular sleeping pattern. Common foods associated excessive mucus productions include; bananas, eggs, strawberries, sugary treats and anything with added sugar.

During deep sleep or slow wave sleep, the body releases the human growth hormone for healing and repair purposes. The interruption of this process could be detrimental to our health.

Sodium increases the levels of cortisol hormone in the blood. Cortisol is a stress hormone produced in the adrenal cortex. It prepares the body for a fight and flight response. High cortisol levels in the blood keep your body energized. Too much cortisol in the blood causes the dysfunction of the HPA-axis. The HPA-axis is the relationship among the signaling pathways of the hypothalamus, the pituitary gland, and the adrenal gland.

Related:   Why You Snore and How to Stop It

These three glands produce and regulate hormones to be used by the body at the needed time. When this regulation is disturbed, the situation is termed as HPA-axis dysfunction. HPA-axis dysfunction decreases the slow wave sleep and sleep time affecting the quality of sleep in general.

Melatonin and cortisol have an inverse relationship. This means that if the blood has high levels of melatonin, cortisol levels will be low and vice versa. As mentioned above, high sodium content increases the levels of cortisol; this means that melatonin levels will decrease. Not only will melatonin levels decrease, but also cortisol will prevent further production of this sleep hormone. Therefore, engaging in foods with high sodium content will promote wakefulness at night. Foods in this category include the frozen fish and seafood.

The discussion above does not prohibit eating of these foods completely; it only discourages indulging them before bed time. You can eat them during the day but at night keep away from them for healthy sleep.

16 Lowest-Calorie Foods That Will Instantly Fill You Up
Handful of Almonds: 9 Powerful Health Benefits