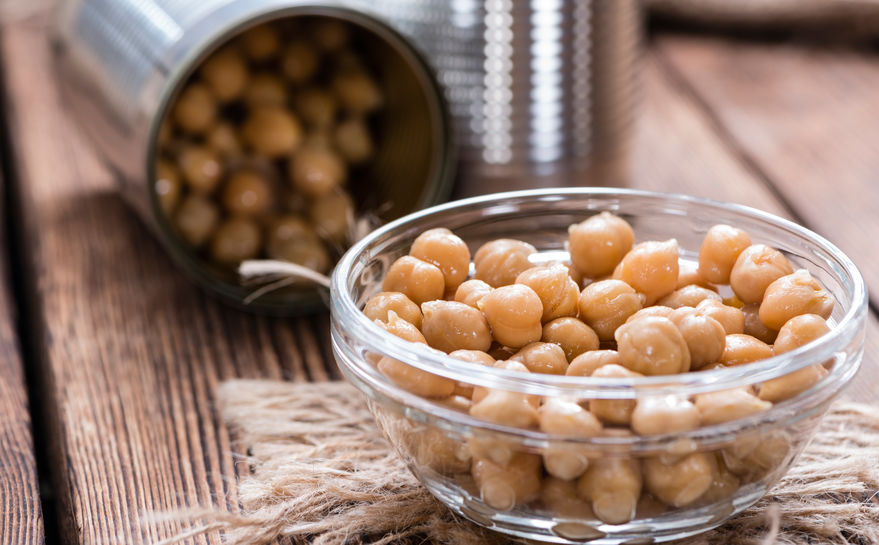 There are canned foods that are even healthier than fresher ones, according to a growing number of studies already conducted. Read on to learn more details about them and which canned foods are actually nutrient-dense.

The fresher, the better? This is not the case with canned tomatoes. When compared with fresh tomatoes, canned tomatoes contain about 3 times the amount of iron and calcium. (1)

Moreover, the canning process activates the antioxidant lycopene in tomatoes, which is a lot easier for the body to absorb. Lycopene has been proven to decrease the risk of cardiovascular diseases, macular degeneration, prostate cancer, and other medical conditions. (2)

On the other hand, canned tomatoes have reduced levels of fiber and vitamin C as opposed to fresh tomatoes. Anyway, this canned food will save you time and increase your antioxidant intake.

If you’ve ever peeled, gutted, and cut a pumpkin, you know how tricky and time consuming it can be. Canned pumpkin is a no-brainer and it’s plentiful in nutrients, including vitamin A, fiber, magnesium, potassium, vitamin C, protein, vitamin E, and vitamin K.

A cup of canned pumpkin contains 7.1 grams of fiber, 505 milligrams of potassium, and 56 milligrams of magnesium. (3) It also meets your needs of vitamin A for the day, helping to improve your vision.

One of the most versatile canned foods out there, black beans are a great addition to your diet if you’re trying to load your diet with fiber and protein. A cup of canned black beans offers half of the daily value for fiber.

Canned chickpeas are an excellent ingredient in stews, soups, and salads. They’re also super healthy. There are about 10 grams of fiber and 11 grams of protein in a single cup of canned chickpeas. Make sure you drain and rinse them well to eliminate sodium.

Apart from protein and fiber, canned chickpeas contain iron, calcium, vitamin C, potassium, and vitamin A. They have a moderate amount of calories, so that can promote weight loss.

Have you ever tried canned beets? They make a perfect addition to salads and soups. Canned beets have almost the same nutritional value as fresh ones.

A cup of canned beets offers 14% of the recommended daily consumption of folate and 4% of potassium and phosphorus. (5) Canned beets are extremely low in calories, fat, and cholesterol.

While fresh corn – be it boiled or grilled – seems to be a healthier option than the canned version, you can actually get an impressive fiber boost. A cup of canned corn provides nearly 4 g of belly-filling fiber.

Mix it with canned black beans and serve for dinner along with brown rice to enhance your fiber and protein intake. You can also use canned corn in salads but rinse it well to eliminate salt.

The problem with canned chiles is that they might contain calcium chloride, which makes the chiles taste pickled. Although canned green chiles aren’t as hot as Jalapenos, moderation is still critical – especially if you have digestive issues.

They also contain a range of vitamins and minerals, including vitamin C, phosphorus, magnesium, vitamin A, potassium, iron, and calcium.

Artichoke hearts have low caloric value and they’re ideal for people trying to shed pounds or maintain a healthy weight. You can use canned artichoke hearts in salads, pasta, stews, or even mixed veggie soups.

Canned soups have got a really bad reputation on the market these days, but not all people know that there are low sodium options, which can be good for you. It’s also important to choose vegetable soups to avoid extra sodium and fat content.

Low sodium canned soups that contain mixed vegetables might boast a great nutritional value. Read the labels to ensure you’re buying the healthiest version possible. If you see any words that you can’t even pronounce, leave that can on the shelf.

Apricots have a very short season so there are two options to enjoy them longer: you can either freeze or can them. While frozen apricots have a nutritional value similar to the one of fresh apricots, the canned version is also loaded with a plethora of nutrients.

Canned apricots are high in fiber as well as vitamins A and C, and low in sodium, cholesterol, saturated fat, and calories. They’re incredibly tasty and you can snack on them or add to your yogurt bowl. You can also use canned apricots in your baked goods.

Canned foods are non-perishable, convenient, and budget-friendly. Not only do they help us save time in the kitchen, but canned foods are also nutrient-dense.

Plus, they’re typically cheaper than fresh produce – especially during the winter months. Not to mention that you can start canning your own food at home. Some canned foods can last up to 18 months. Isn’t it great?

Water with Meals? Is It Good or Bad?
14 Complete Protein Sources for Vegans and Vegetarians