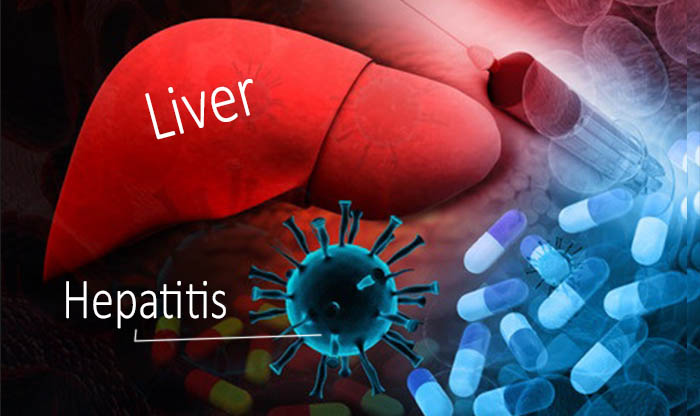 When people think of diseases contracted through blood, the first word that comes to mind is AIDS. This shouldn’t come as a surprise seeing how deadly the disease is and the high mortality rate it leaves in its wake.

AIDS is deadly but there are other deadly diseases that bear similarity to it in more ways than one. These diseases can be contracted through blood and can cause death too. Hepatitis is one of the most dangerous of them.

Hepatitis is an inflammation of the liver. Its most common cause is a viral infection, but it’s not limited to that alone. Toxins are also very potent in causing it. These toxic substances mostly include particular drugs and alcohol. More than toxins and viruses though, autoimmune diseases are causative agents, as well.

Autoimmune diseases essentially make the body’s immune system attack itself by mistake, and this can lead do Hepatitis-among other illnesses. Even though Hepatitis is at times self-limiting, it can progress to fibrosis or cirrhosis, which interfere with the normal functions of the kidney; simply put, liver cancer.

The CDC (Center for Disease Control and Prevention) records approximately 4.4 million Americans living with chronic Hepatitis B and C. However, very few people live with the disease while remaining ignorant of its persistence in their bodies.

The good news is Hepatitis is curable, although there’s no single treatment for its different categories. Each type of Hepatitis might have a method of treatment unique to the other types. Prevention, especially through immunization, is another means of tackling the disease.

Unlike AIDS, 5 different types of Hepatitis can be diagnosed. They are categorized alphabetically as type, A, B, C, D, and E. Each one exerts adverse effects on the body and overall health of those who contract it.

Some of these effects are similar while others are peculiar to each category of the disease. Nonetheless, all of them are matters of concern for a number of reasons. The numbers of recorded death caused by Hepatitis are alarming. Some are debilitating too and there’s always a risk of outbreaks and epidemic.

This type of disease is caused by the Hepatitis A virus or HAV. The most common means of contracting it is through ingestion of food or water contaminated by excrement from someone suffering Hepatitis A.

Most of the infections of this disease are mild as many people can make full recoveries. More than that, those people end up being immune to the disease afterwards. Conversely, the disease can be severe and pose a threat to life. Effective vaccines have been developed to prevent Hepatitis A.

Body fluids are the medium through which this disease is contracted. When someone comes into contact with fluids infected by the Hepatitis B virus (HBV) like semen, vaginal secretions, and blood, that person also contracts the disease.

Mothers infected with it can pass it on to their infants at the time of birth, too. The most recorded means where this happens is sexual intercourse or sharing razors with someone afflicted with the Hepatitis B. Taking drugs through injections also poses a risk of contracting it.

The number of people living with Hepatitis B is estimated to be 1.2 million in the United States alone and over 350 million people the world over. These figures were recorded by the CDC.

This disease, like Hepatitis B, also occurs by parenteral contact. In other words, Hepatitis C is contracted through other means than the mouth; or rather other means than ingestion. It’s contracted by coming into a contact with infected body fluids by way of intercourse, drug use injection, or injection during medical procedures, to mention a few. HCV has no vaccine.

Again, recorded figures show the Hepatitis C virus (HCV) is one of the most persistent blood-borne viral infections in the United States. These figures record the number of Americans suffering the chronic form of the disease to be around 2.7 to 3.9 million.

Another name for this is Delta Hepatitis and it’s caused by the HDV-Hepatitis D virus. Coming into a contact with infected blood and other fluids is the main way the disease is contracted, yet compared to the other types, this disease is quite rare. It can’t persist without Hepatitis B and it can’t spread or multiply without it. Nonetheless, if Hepatitis D is contracted, the result can prove highly deadly and be very damaging to health. Hepatitis B vaccines can be used as buffers against Hepatitis D.

It’s contracted by ingestion of fecal matter through the alimentary tract; or mouth, to put it simply. Consumption of contaminated water and food leads to the disease. The disease is caused by HEV or Hepatitis E virus.

Places with minimal to no sanitation see greater cases of Hepatitis E than any other. Unlike Hepatitis C, this particular type has seen little persistence in the United States. Regions that record it in greater cases and numbers are Central America, the Middle East, and Africa. There exist vaccines to fight against it but they’re inaccessible to most people.

As aforementioned, each of these diseases have their causes and means whereby they can be contracted, but the focus here is on Hepatitis C as it’s the most widely spread type of Hepatitis.

What is Hepatitis C?

This is a contagious liver disease that is caused by the HCV. The infection can be acute or chronic and it’s the most common type of Hepatitis worldwide.

What HCV does is invades the cells in the liver, consequently leading to swelling, dysfunction, or cirrhosis. This disease lacks a vaccine and even the HCV antibodies in the body’s immune system do little to provide immunity that can last very long.

The Major Symptoms of Hepatitis C

The disease has two stages: Acute and Chronic, and each stage has different symptoms.

This infection is asymptomatic, meaning it shows no symptoms of the disease. Rather, it shows symptoms caused by any other viral syndrome. This is why it has been dubbed the “silent disease.”

Related:   8 Bad Breath Causes and 8 Ways to Deal with It

Even though it can escalate to the chronic stage where there’s a risk of fatal complications arising, an acute infection rarely poses a threat to life. It’s reported that 15 to 45% of infected people are cured of the virus without any medication in little more than 6 months after contracting it. The symptoms that people with acute HCV might experience are:

An acute HCV infection can develop into a chronic one if the virus persists in the blood 6 months after the acute stage. Records show about 60 to 80% of infected people can develop this chronic HCV infection.

Testing can be conducted at least twice over this 6-month period and if the results show HCV is present, then the infection has progressed to a chronic one. After about 2 or 3 stages, a chronic infection can lead to scarring. If this persists and the entire liver becomes scarred, then liver failure or cirrhosis sand and even liver cancer are all possible.

The Major Causes of Hepatitis C

Hepatitis C is a viral infection meaning it is caused by a virus (the Hepatitis C virus). The worst thing is that a virus remains dormant until it’s within the living cell of the host.

Then, it invades the cells of the host and duplicates itself, spreading all over the body. Studies have shown that there could be as much as billions of duplicates of chronic HCV.

The most potent means of contracting HCV is sharing needles or other sharp equipment used for injection of drugs. If blood from an infected person taints a needle and this needle is used on a person who isn’t infected, that person might instantly become infected too. Acts such as kissing, touching, sharing food and water, or mosquito bites don’t transmit HCV. The Centers for Disease Control and Prevention (CDC) have identified and outlined several factors that lead to HCV, some of which are:

Any treatment of Hepatitis C is intended to remove the disease from the body. In today’s world, this consists of a merger or combination of different medications.

Regarding of the type of medication to be taken and the duration of the treatment, those depend of the genotype of the virus. For countries like the United Sates, Genotype 1a is the most pervasive and persistent.

Direct-acting antivirals (DAAs) are the latest means of treating HCV. These are medications that specifically target certain stages in the HCV cycle to curtail the development or reproduction of the viral cells.

These DAAs have led to considerable development in the means of treating HCV, as the cure rates have risen to over 90%. Little more than 8 to 12 weeks are all it takes for the medications to take full effect and rid the infection. Also, these medications have little side effects, including headaches and fatigue.

Before DAAs, the treatment of HCV was very lengthy and uncomfortable. More than that, the cure rates were very poor. The one downside with DAAs is their cost. They are quite expensive, rising to over $100,000. They are by far the best and most effective means of treatment so long as the infection hasn’t progressed the direr and more life-threatening conditions.

Preventing Hepatitis C necessitates limiting exposure or any means whereby the virus can be contracted in the first place. Since the disease can only be contracted through transfusion of infected blood between people.

The simple and obvious way to prevent it is to not share needles. Also, try to avoid coming into a contact with the blood of infected people. If people have been diagnosed with HCV, the next step is to vaccinate them with both HAV and HBV vaccines.

Habits like smoking and consumption of excess alcohol increase liver scarring, and so dies obesity and diabetes. It is of utmost importance to adopt a healthy lifestyle to prevent these things. These measures can be taken to achieve this:

Many people believe there’s only one “Hepatitis,” which is why it’s best to know at least basic information about it. In the end, Hepatitis C can be aggravated to pose a threat to life, yet it can also be cured before it grows too strong. Simple but necessary care is all that is needed to make certain the disease isn’t contracted. As long as such careful measures are taken, there’s a reduced risk of HCV infection.

Hernia: Causes, Symptoms, Treatments, and Prevention
11 Types of Headaches and How to Treat Them Naturally