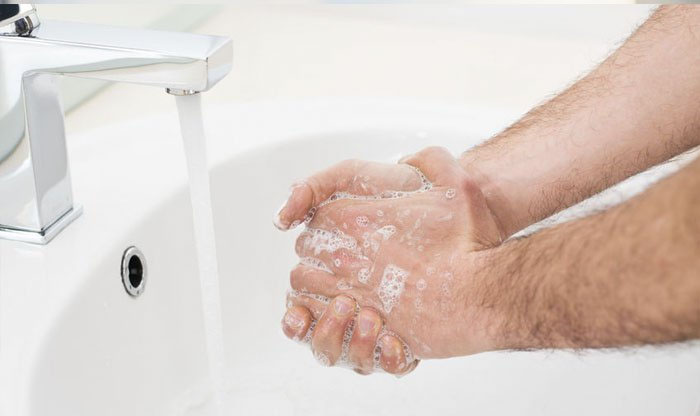 Do you often catch yourself washing your hands several times in a minute or double checking your doors?

Sometimes, it’s okay to ensure your iron is unplugged before heading to work, but if your obsessive worries start interfering with your everyday life, chances are you are suffering from obsessive compulsive disorder (OCD).

The disorder is characterized by compulsive behaviors and obsessive thoughts that are too hard to handle and overcome.

It’s not easy to treat OCD on your own, and in most cases, people fail to recognize the warning signs of the disorder, so a special medical treatment might be required then. Read on to learn more information about obsessive compulsive disorder and how you can spot it.

OCD or obsessive compulsive disorder is one of the most common types of anxiety disorders, which is characterized by unwanted and uncontrollable thoughts along with repetitive and ritualized behaviors that you can’t control. If you’ve been suffering from OCD for a while, you might realize that your compulsive behaviors and obsessive thoughts are highly irrational and you can’t get rid of them.

The obsessive compulsive disorder makes your brain keep dwelling on a certain urge or thought. For instance, you can check your closed front door 10 times to ensure it’s closed and so you can head to the office.

Or, you can wash your hands multiple times until they become unhealthily clean. Even though you don’t receive any kind of pleasure from doing these repetitive things, they do provide some kind of relief so that you could tame your worries and thoughts.

There are a few categories of people suffering from OCD:

There are OCD compulsions and obsessions that gradually worsen the symptoms of the disorder. Obsessions are unintentional impulses, images, or thoughts that happen in the mind over and over again. Obsessions occupy the mind and people suffering from OCD have difficulty stop them. Since these obsessive impulses, images, and thoughts are distracting, disturbing, and exhausting, they could trigger other disorders.

Related:   How to Overcome Pimples Fast?

Compulsions are rituals or behaviors that occur over and over again and sometimes they happen involuntary. Generally, compulsions occur in an attempt to get rid of obsessions, particularly obsessive thoughts.

For instance, if you’re afraid of breakouts, you might clean your face multiple times using a variety of facial scrubs and masks. You believe that this will help you prevent acne, but a relief doesn’t last. Your worries and obsessive thoughts about those breakouts that might not even pop up become stronger and you end up developing the compulsive behaviors and rituals that lead to chronic anxiety and obsessive compulsive disorder.

10 Most Possible Signs of OCD

Obsessive compulsive disorder can reveal in many different ways, but the following signs might tell you that you’re more likely to suffer from this disorder and you might need a professional help:

How many times do you usually return to check if your front door is closed? 2, 3, 5, or even 10 times? Affecting around 30% of people, checking behavior seems to be a normal checking reaction while, in reality, it’s a form of obsessive compulsive disorder. This behavior is triggered by a great number of fears, obsessions, and worries. The fear is considered to be the major cause, yet a variety of situations can result in checking behavior.

If you double check everything, it’s absolutely normal. But if you can’t leave your house until you check that front door 10 times, you’re more likely to have OCD. If your checking behavior prevents you from living a stress-free life, you might need a professional help.

Overzealous housecleaning is usually a sign that people with OCD show. Of course, it’s important to clean your house, but if you spend most of your daily time cleaning your home, it may be a red flag.

People, who have a tendency to over-clean their houses, gardens, etc., experience the feelings of impurity and suffer from germaphobia. While the process of cleaning helps to relieve the symptoms, this effect is short-term and the desire to clean everything around you can grow and become stronger over time.

If you spend most of your time cleaning and you fall asleep and wake up with the thoughts about it, then it’s a red flag and a sign that you have OCD.

If you use a hand sanitizer every 5 minutes or wash your hands too often, this might indicate that you belong to a category of people suffering from OCD, called washers.

The urge to wash your hands stems from a fear of bacteria and germs. This disorder can be triggered by the fears of being immoral or impure or making others sick. Pay attention to your hand-washing routine. Do you wash your hands with soup 3 to 5 times, scrubbing each nail, before you believe your hands are clean? If this sounds familiar to you, then your hand-washing is more likely to be compulsive.

Related:   Cortisol - What it Does and How to Maintain Healthy Levels

This is one of the most overlooked signs of OCD. People suffering from this disorder can take any organizing task to the perfectionism level. Anything they’re trying to organize must be perfectly symmetrical, look perfectly, and feel perfectly. This form of disorder is typically driven by obsessions about symmetry and order.

Most people like when everything is organized, but it’s okay when your room or office desk looks messy at times. If this is a disaster for you and you feel anxious, it’s an indication of OCD.

A lot of people with obsessive compulsive disorder do tasks and errands according to their own numeric pattern. They can also count to themselves when they perform some daily things like cleaning, washing, or climbing stairs.

Superstitions are usually the causes of these behaviors. For example, a person with OCD may believe that the number 5 is lucky and successful and if they don’t do something 5 times or don’t take 5 steps at a time, they will never be lucky or successful.

People with OCD might also have unwanted, weird, and obsessive thoughts about taboo or inappropriate sexual behavior. For instance, they may wonder if their orientation is okay and what would happen if they were not straight.

If you have unwanted sexual thoughts about your coworker, stranger, or anyone or anything, and these thoughts prevent you from living a normal life, it’s important to seek a medical help since it may be a sign of obsessive compulsive disorder.

We all have some fleeting and dreadful thoughts about the probability of being affected by a misfortune or violence. People with OCD have difficulty avoiding these thoughts and the more they try, the more obsessive they become.

Suppressing these thoughts doesn’t help as it’s important to eliminate the root of the problem. In most cases, these violent thoughts lead to chronic anxiety, fears, and social isolation.

Related to obsessive compulsive disorder, body dysmorphic disorder can also be a warning sign you shouldn’t ignore. If you literally hate a certain part of your body, like hair, skin, nose, breast, etc., and you stay focused on this part all the time.

People with body dysmorphic disorder who also have obsessive compulsive disorder might also be obsessed with the cleanliness of their bodies.

Sometimes, we all dislike something about our appearance, but if it turns into obsession, it’s not normal. If you spend hours checking a certain part of your body in the mirror and complaining about it, chances are you have body dysmorphic disorder and obsessive compulsive disorder.

The meaning of the word “craving” here isn’t superlative. People with OCD crave reassurance like a thirsty wanderer craves a glass of water in a dry desert.

They need reassurance to tame and ease their anxious thoughts. For instance, you hosted a party today and now you’re feeling anxious about if everything was perfect.  You might start calling your friends and keep asking them if your house was clean or those cocktails were delicious. Even if your friends tell you that everything was perfect, you won’t believe them and keep repeating your question again and again.

10.Dwelling on all kinds of relationships

People with OCD have a tendency to dwell on all types of relationships – be they with parents, partners, children, coworkers, or friends.

They fear to do something that could ruin their relationships and a breakup is something impossible for them to survive without someone’s help. Analyze your relationships to understand whether you dwell on them too much.

How to Treat OCD

Despite all the difficulties, it’ still possible to live a normal life with OCD. This disorder is treatable and may require two types of treatment – medication and psychological therapy.

If you have a mild form of OCD, you can treat it at home without medications. More serious forms of the disorder require a long course of psychological therapy combined with a specific medication.

Psychological therapy helps to face and overcome obsessive thoughts and fears without compulsions and worries. Cognitive behavioral therapy (CBT) is a most common type of therapy used to treat OCD. The treatment can be hard and challenging for people with OCD as it makes them deal with physical feelings, anxious thoughts, and daily actions.

There are also a few other techniques used to treat OCD, like habit reversal. This technique involves replacing one OCD ritual with another less severe ritual. There are also two more techniques like satiation that involves a prolonged exposure to obsessive thoughts, fear, etc., and suppression that aids in switching off OCD symptoms.

More severe cases of OCD are treated with the help of medications, such as selective serotonin reuptake inhibitors. They help to increase the serotonin level in the brain, easing the symptoms of OCD. The medication course may last up to 3 months – in rare cases more than a year.

Since medications have a number of side effects, including headaches, sleep disorders, dizziness, digestive woes, anxiety, etc., it’s best to start with a psychological therapy first. You should also reconsider your lifestyle. It’s vital to get enough quality sleep, eat regularly and well-balanced meals, avoid stressful situations, and learn to control your emotions.

Obsessive compulsive disorder can affect anyone – regardless of sex, age, and walk of life. If you often find yourself caught in a vicious cycle of never-ending obsessions and compulsions and you realize that they prevent you from living a stress-free life, don’t hesitate to seek help.

If ignored, this mental disorder can trigger many other diseases and disorders, such as chronic anxiety, severe panic attacks, depression, and cardiovascular diseases, among the others. It’s also critical to surround yourself with people who support and understand you and stay away from those who make your symptoms worse.