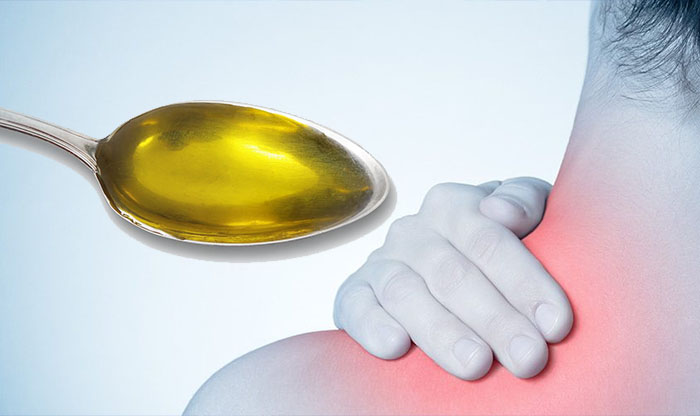 Olive oil comes from the fruit of the olive tree, which has been cultivated from time immemorial by different civilizations. It was a staple during the Biblical times, and it’s still an integral part of the highly nutritious Mediterranean diet.

In this article, we will focus on the proven health benefits of the pure or organic olive oil, so be sure you buy the healthy variety of it.

What Are the Nutritional Facts of the Olive Oil?

Olive oil is densely packed with monounsaturated fatty acids, with oleic acid been the most important one.

Studies have shown that oleic acid has the potent antioxidant properties, which make it effective for protecting the body against the oxidative effect of free radicals in the body. Oleic acid is also healthy for the heart.

In one tablespoon of extra virgin oil, you have:

Pure olive oil boasts a host of astonishing health benefits. It helps to promote your heart health, reduce the cancer risk, improve your mental health, and ward off lots of other health issues. Among all the health reasons to add more olive oil to your meal plan, the following are the best ones:

Contrary to a popular belief, a fat-rich diet doesn’t make your waistline “bulky.” A diet rich in healthy fats, including those found in olive oil, is an effective way of bringing down the levels of insulin in the body. I

nsulin is a hormone responsible for controlling blood sugar levels, and excess insulin in the body has recently been called as one of the major causes of weight gain.

Consuming the healthy fats in moderation helps to reduce the cravings, hunger, and the temptation to overeat to a minimum.

In a review of five trials that involved 447 respondents, scientists from Switzerland’s University Hospital Basel discovered that respondents who were placed on a higher-fat, low-carb diet lost more weight compared to people who were assigned to low-fat diets.

Also, a 3-year study on 187 respondents published in the Nature journal found that a diet high in olive oil improved weight loss and also boosted the levels of antioxidants in the blood.

Olive oil is highly rich in the monounsaturated fat called oleic acid. In fact, oleic acid makes up 73 percent of olive oil, while the remaining 24 percent is made up of saturated fats and omega-3 and omega-6 fatty acids.

Studies have suggested that oleic acid can help reduce inflammation and may be beneficial in fighting cancer-causing genes. Additionally, the extra virgin olive oil contains monounsaturated fats with extremely high resistance to intense heat, making it perfect for cooking.

One of the reasons for the health-enhancing qualities of olive oil is the high amount of antioxidants found in it.

Polyphenols, which are the antioxidants only found in the pure olive oil are biologically active, which means they can be used by the body to fight free radicals that attack the cells. These antioxidants can also prevent the oxidation of cholesterol in the blood, fighting inflammation and viruses.

The growing number of studies have shown that inflammation is one of the causes of many diseases and conditions, such as cardiovascular diseases, diabetes, Crohn’s, cancer, Arthritis, Alzheimer’s, metabolic syndrome, and autoimmune disorders.

Although researchers are still trying to find out the reason for it, the available evidence provides a strong link between inflammation and the occurrence of these diseases.

Because olive oil is rich in antioxidants, it can help reduce and prevent inflammation, lowering the risk of almost all diseases caused by chronic inflammation.

Studies have shown that the potent antioxidant oleocanthal in olive oil is a powerful anti-inflammatory agent that provides results similar to ibuprofen. Some studies have even linked oleic acid to an inhibitor of inflammatory markers such as CRP. Regular olive oil consumptions can also suppress the production of some proteins and genes that increase inflammation.

According to the results of many studies published by the National Institutes of Health, diets high in monounsaturated fats, found in the olive oil, help to lower the LDL cholesterol (bad cholesterol) and raise the level of HDL cholesterol (good cholesterol) in the body.

The polyphenols found in the olive oil are potent antioxidants that improve cardiovascular health and fight inflammation.

In a 2009 study published in the Journal of Cardiovascular Pharmacology, researchers found that the olive oil helps to reverse chronic inflammation as well as age and disease-related changes to the cardiovascular system.

Studies also reveal that the olive oil can help to reduce hypertension since it increases the bioavailability of nitric oxide, an essential material for the dilation and clearing of the arteries.

Our brain is mostly made up of fatty acids, so it requires a high amount of fatty acids to stay sharp, handle everyday tasks, and regulate our moods. Olive oil, with its high content of healthy monounsaturated fats, is considered a smart choice food for the brain health.

Not only does the olive oil help to improve memory and focus, but can also protect against the age-induced cognitive declines as it prevents oxidative stress, protects against inflammation and harmful proteins that can stimulate the development of Alzheimer’s disease or dementia.

Studies have shown that the olive oil may be effective in lowering the risk of diabetes. As mentioned above, the olive oil is an excellent source of healthy fats that help to bring down blood sugar levels and regulate the amount of insulin in the body.

Numerous studies have found that the extra virgin olive oil is an effective tool for controlling blood sugar levels and insulin sensitivity.

8.Olive oil can provide a relief for rheumatoid arthritis

Olive oil may help to improve the symptoms of rheumatoid arthritis, which is an autoimmune disease that leads to deformation of the joints, causing an excruciating pain.

The results of one study suggest that combining olive oil with the fish oil helps to reduce joint pain and morning stiffness and improves handgrip strength in rheumatoid arthritis patients.

9.Lower the risk of cancer

Olive oil has been found to have the great cancer-fighting abilities. Researchers have noticed that there are a lower number of cancer cases in Mediterranean countries, and many believe that the olive oil in their diet may be part of their secret.

Free radicals cause oxidative damage to cells, and this is believed to be one of the precursors of cancerous growth in the body. Olive oil is chock full of antioxidants that help to protect against the oxidative effects of free radicals, which may reduce the chances of developing cancer.

10.Fight depression and other mental disorders

Olive oil possesses the anti-inflammatory and hormone-balancing properties that can protect against neurotransmitter dysfunction.

When the brain doesn’t receive an adequate supply of feel-good hormones, such as dopamine and serotonin, which are important for mood regulation, thought-processing, and sleep, the mind can become depressed or suffer from various mood disorders.

In a study that included more than 841,000 participants, researchers discovered that the olive oil was the only source of monounsaturated fats that reduced the risk of heart disease and stroke.

In another study that involved 140,000 subjects, participants whose diet contained olive oil had a much lower risk of having a stroke.

Olive oil contains anti-bacterial chemicals that can help to protect against harmful bacteria.

Studies have shown that the olive oil can aid in protecting against Helicobacter pylori, which inhabit the stomach and can cause gastric ulcers and stomach cancer.

The Possible Side Effects of Olive oil

Despite the many health benefits and culinary functions of the olive oil, it’s not perfect.

Olive oil has applications in the beauty and skin products industry, and many Mediterranean cuisines include it in the recipes. However, this popular product still has its shortcomings.

What’s more surprising is that many of its side effects manifest in the process of using the olive oil for the beneficial functions people know it for. Below are some of the side effects of olive oil to consider before you begin an olive oil-based diet or beauty program.

While olive oil is an acceptable brand of cooking oil for many people, a substantial number of individuals are highly allergic to it. Olive oil is known to trigger severe allergies, such as eczema, dermatitis, respiratory allergies, and many others.

The allergy may manifest after eating food containing olive oil or a topical application of the oil onto the skin. So if you notice any awkward sensation after consuming a meal that contains the olive oil or rubbing the oil on your skin, consult a doctor to find out if you’re allergic to the olive oil.

This is a case of unintended consequences. While the monounsaturated fatty acids present in the olive oil are recommended as an antidote for controlling high blood pressure, the oil also seems to aggravate the condition by over-reversing the situation. The NIH says that over-consumption of olive oil may lead to a drastic drop in blood pressure, leading to hypotension.

Abnormally low blood pressure is an unfavorable state of health that could cause lightheadedness, dizziness, kidney failure, and stroke.  Even though it’s true that olive oil helps to fight high blood pressure, moderation is important to avoid lowering your blood pressure to levels that will be detrimental to your health.

A teaspoon of the olive oil contains 119 calories, and you will be gulping hundreds or even thousands of calories if you cook all your meals with it. A little should be added to each meal to get the benefits. If you’re wondering why your stubborn belly fat is hanging onto your tummy despite all your efforts, check out your diet. It may be the heavy amount of the olive oil in your meals.

Olive oil is one of the most popular oils in history, and the olive tree and its oil have been recognized in many religious texts. It has served as a medicine, a cooking ingredient, beauty product, fuel, and many other functions across many civilizations.

In the modern era, the olive oil has continued to play a large role in health and wellness, beauty industry, and a prominent role in the Mediterranean cuisine and many other dishes from different parts of the world.

But despite its many positives, the olive oil can deliver negative results when used in excess or when you buy diluted oil. Opt for the pure, extra virgin oil and consume not more than 2 tablespoons of it per day.