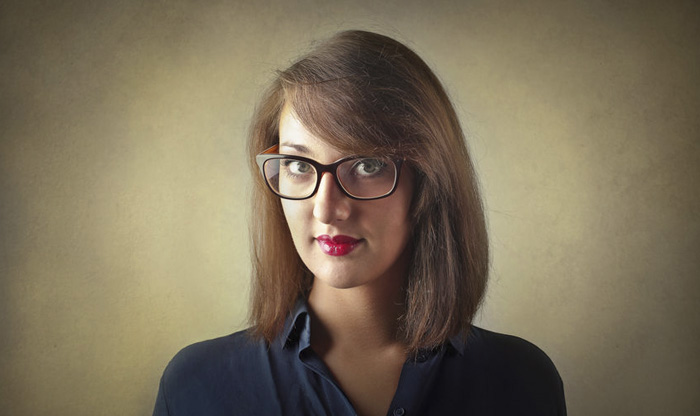 We have no problem spotting an aggressive person as they don’t hide their negative emotions. We try to avoid this person because we don’t want to be belittled, criticized, or insulted. However, most of us fail to spot a passive-aggressive person.

Oftentimes, the people surrounding you like your parents, siblings, friends, spouses, and coworkers make you feel down, anxious, or just uncomfortable, albeit you can’t tell why.

Let’s say, your long-distance partner didn’t text you in the evening like they usually do. Plus, they call you occasionally and when you miss a call, they make you feel guilty without telling you about it. Although you might not worry too much, you start feeling like something is wrong with you or your relationship.

The passive-aggressive behavior is tricky to detect as it’s an indirect expression of a profound hostility through occasional acts like stubbornness, gloomy behavior, subtle insults, or a well-planned failure to do the things you ask.

Here are a few signs to help you spot a passive-aggressive person:

Stubbornness is beneficial in many situations, particularly when you’re trying to take a stand and stick to your opinion. However, stubbornness is also a hidden way to hurt and punish people. Someone with a passive-aggressive behavior is indirectly stubborn. They try to defend their viewpoint or position rigorously and fight until they win. That’s why you can’t just dismiss what they’re saying and prove they’re wrong. At the same time, you can see that they’re trying to defend their opinion or position since they’re sure that it’ll annoy you.

They can tell you that you’re doing a great job and that they wish you to finally get that promotion. These seemed to be great and motivational words, but why do you feel so confused then? Because a passive-aggressive person isn’t happy for you and they don’t want you to get that promotion. They are simply afraid to tell you directly.

Related:   15 Ways to Get Rid of Belly Bloating

3.Their behavior is sullen almost all the time

4.They’re pros of insults in disguise

When you’re overtly insulted, you’re more likely to recognize it. When you face subtle insults, it becomes harder to realize that a passive-aggressive person is trying to belittle you.

Your partner may pretend to compliment you, while in reality, they strive to bring you down and spoil your mood. For instance, your partner might tell you that you cook well, but Sarah makes more diverse meals for breakfasts. This is a subtle insult that you shouldn’t ignore.

Subtle insults can also be found in the semi-hidden or hidden references to your biggest weaknesses. For instance, your coworker graduated from Harvard University while you earned your degree in a local college. If your coworker reminds you about this fact every other day, it’s definitely a subtle insult.

5.They practice the silent treatment

The silent treatment means fully ignoring you, avoiding answering any questions from you, and probably even ignoring your presence among other people in the room.

This form of silent treatment doesn’t necessarily mean aggression, however there are many ways that a passive-aggressive person may use the silent treatment. You might speak to them, but they can pretend they don’t hear you or don’t know you.

6.They pass off hostility as a funny joke

Passive-aggressive people tend to say something that might affect your self-worth or hurt you but they do it in a funny way. When you get offended or sad, they just say, “It was actually a joke. You should have said that you couldn’t take jokes, I wouldn’t tell you.” They would!

Passive-aggressive people have no limits when it comes to hostility. Even if you confront them, they will quickly make you feel guilty for telling them the truth.

7.They avoid completing the requested tasks

Do you have a coworker who always fails to complete the needed tasks and projects? It might seem like procrastination or laziness, but in case with a passive-aggressive person, it’s simply their attitude and a way of life.

Not completing the requested tasks might be their way of revenge or desire to lower your risk of success.

In case a passive-aggressive person has been resentful towards you for a while, they’ll not admit their mistake. They can begin to secretly undermine and belittle you.

People with a passive-aggressive behavior are prone to acts of insubordination like criticism, back-handed compliments, sloppy execution, and meanness.

9.They are never happy

When you fight with someone, the natural thing we usually do is try to resolve the conflict and come to a mutual understanding. When you have a disagreement or conflict with a passive aggressive person, they will never be happy even if you do what they want or you admit your mistake while in reality they’re wrong.

They might tell you that they’re glad or they aren’t angry, but will do everything possible to remind you about this conflict as often as they can. Every time you meet them, all you see is their facial expressions of resentment and frustration.

10.They deny their real feelings

Whether they’re happy or upset, they’ll never admit it. Passive-aggressive people have trouble recognizing their true feelings and expressing them. If you do something wrong and they get frustrated, they’re more likely to deny it. They might tell, “It’s okay, I’m not angry or upset.” However, in reality, they might look depressed, angry, upset, or simply disappointed.

11.They disrespect your dreams

One of the signs that you’re in a relationship with a passive-aggressive partner is that they disrespect your wishes, goals, and dreams. Whenever you start talking about your dreams, they might start expressing their mockery, disbelief, and disrespect.

Depending on their temper, they might undermine your dreams secretly, making you believe that your goals and dreams have no future. The passive-aggressive behavior is present in unhealthy and toxic relationship, which is also hard to spot.

12.They mock you all the time

Whether you do a great haircut that you love or you get a promotion you’ve been working hard for years, they’ll just mock you and ruin your mood instead of congratulating you.

The major thing to remember is not giving a passive-aggressive person to make you upset or depressed. Keep being happy with your achievements and let them stay angry with their resentment and jealousy.

A passive-aggressive person stays away from fights and conflicts, but at the same time, they create lots of drama around them. For instance, if they dislike you, they won’t tell you about it.

They can throw a party and invite everyone except you. This way, they’re trying to tell you that you’re outcast and you can’t have fun with others.

Passive-aggressive people have their own schedules and they don’t appreciate other people’s time. Moreover, they can deliberately waste your time or make you angry, draining your energy.

If you don’t adapt to their schedule, they’ll just ignore you and don’t worry about skipping meetings or deadlines. Passive-aggressive people live by the rule, “Let the world wait for you.”

15.They’re envious of your success and overall life

It’s okay to feel a little bit jealous when someone achieves their goals or lives better than you. That’s simply a normal reaction. However, jealousy should never turn into envy and anger.

Excessive jealousy doesn’t help you grow, so it’s just waste of time. Passive-aggressive people usually have difficulty coping with happy and successful people. Their jealousy will make you feel guilty for being happy or successful, but you shouldn’t let it happen.

Dealing with a passive-aggressive person isn’t easy, but it’s possible if you don’t allow them to affect your life. Of course, it’s best to remove such people from your life, but if you can’t, then learn to handle them.