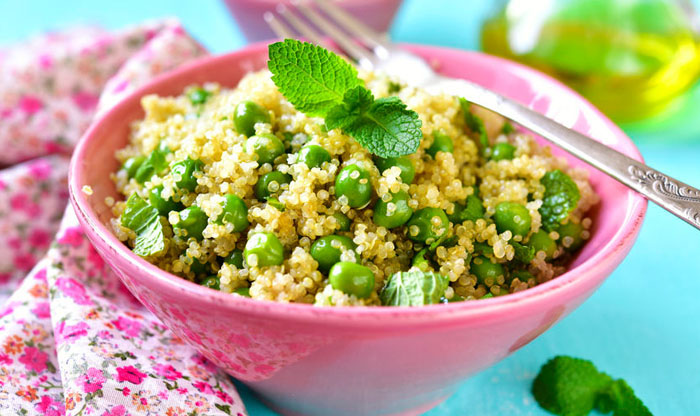 Protein powerhouses are composed of all foods and drinks a person can consume providing nutrition and fitness to their bodies. These foods are rich in protein and are highly effective in the body as well.

Cutting out protein sources that are fatty and fried like fish and chicken meat mentioning a few, makes sense when an individual is aimed at the consumption of natural proteins characterized by the presence of low carbs, low fat, low cholesterol, and low calories as well.

These protein powerhouses also provide amino acids, which are compounds that are responsible for the manufacture of enzymes, hormones, and antibodies in the body.

A plant protein aids in weight loss and tends to be lower in calories as compared to animal proteins. Some plant proteins are grounded into powder form so that they can be added to loaves of bread or used for cooking.

The most significant thing is that these proteins benefit the body as they contain abundant antioxidants and phytonutrients in addition to amino acids they provide the body with. Protein, being significant in the body can be obtained from the following meatless rich in proteins sources:

As a result, they are highly nutritious and are one of the best-recommended sources of protein other than meat. Moreover, they can be taken while still in their shells, dry, in salads, or mixed with nuts.

This is a natural highly bioavailable pure protein with the content of 6 grams of protein in 10 grams.

Basically, it is blue-green algae that contain all essential amino acids required in the body making it an ideal option.

It is also known as wheat meat which is a perfect substitute for beef and fish and is a popular protein source for many vegetarians and vegans. It contains 24 grams of protein content in four ounces.

When cooked, it resembles the look and taste of meat and is also a good source of selenium, phosphorus, and iron. Since it is made from white gluten, it is highly recommended for people without gluten allergies and celiac diseases.

Though nuts are good sources of proteins in the body, peanuts have the highest content of protein. In specificity, their protein content is eight grams per ounce serving.

An added advantage is that peanuts are affordable and are also rich in fiber, which keeps people fuller for a long period of time when compared to take away snacks.

Besides, peanuts come in a wide variety that is; salted peanuts and non-salted with the latter being appropriate for people who prefer low sodium foods.

The majority of the peas are a good source of proteins excluding sugar snap and snow peas. The pea protein is an essential ingredient in making protein powder like the Whey Protein Isolate and beefing up the protein content in non-dairy milk.

A half-cup containing green peas holds four grams of protein. The green legume is also known for maintaining bone health and helping the blood to clot to prevent bleeding in addition to being a good source of vegetable protein.

They are nutrient-rich seeds that contain proteins, magnesium and zinc supply from the Cannabis Sativa plant that competes with the spirulina algae in terms of purity in protein content.

Their protein content mounts to 16 grams per three-tablespoon serving. The seeds are also a good ration of omega-3 and omega-6 and are commonly used to add flavor in a variety of dishes like rice, vegetables, salads, and breakfast cereals and are easily digestible.

They can also be stirred into baked good batters for an extra amount of protein in muffins and homemade bread.

Related:   14 Health Reasons to Incorporate More Walnuts into Your Diet

This is nondairy milk, but a natural and rich source of protein. It outdoes the almond milk which contains only a gram of protein in a glass.

Its protein content resembles that of a cow’s milk making it more recommendable compared to other nondairy milk. However, avoid flavored soy milk because it has an amount of sugar added to it.

Instead, go for soy milk that is rich in vitamin D and calcium as it makes a healthful substitute for dairy products. And remember to shake the milk well before consumption. Soy products in general including soy milk and tofu have low calories and are rich sources of proteins in plant-based diets.

A cupful of cooked quinoa contains eight grams of protein. The seed is naturally vegetarian and purely protein. This means that the seed contains all the amino acids which the body requires for maintenance of body processes and general growth and development.

The quinoa flavor resembles that of nuts and it is cooked like rice that is boiling it in water. It can be served as a dish or baked as well. Quinoa provides a good base for a burger and mouth licking breakfast where it is added on cereals and served with berries.

It is a soybean-based food with a nutty flavor that contains 24 grams of protein content in four ounces. The food is made by slightly fermenting and cooking mature soybeans hence making a great burger.

It is a healthy protein that is a substitute for tasty meat and can be added to vegetables and rice. It is used along with tofu which is also a product of soybeans in a variety of recipes.

This delicious and nutritious food is a good source of protein and other key nutrients like potassium and iron which has an added advantage of being rich in fiber and is easy to prepare since they cook easily without soaking.

It contains 12 grams of protein in a half cup of cooked green lentils. This protein content is as much as two ounces of beef. Lentils have been in consumption for ages and Red split lentils used in soups and sauces are known to have less amount of protein content though are a good protein source as well.

Lentils are a good crop that is highly sustainable and requires little water to grow. The use of French and Beluga lentils add savory flavor to salads and bowls of grain.

This classic meal contains 15 grams of protein content per cup. It is a savory protein-packed meal that can be eaten as a side dish. Beans being a non-fat source of protein are also a soluble fiber-rich in potassium and antioxidants.

They are seeds with a low level of calorie, presence of omega-3 acids and high fiber content. They are a source of protein containing 2 grams of protein per tablespoon.

They are added to a smoothie for example sprinkling on a plant-based yogurt or soaked in soy milk or water to make a pudding.

It is a high-quality dairy product that is rich in protein. It is a combination of fast and slow-digesting protein. This combination inflates lean mass and it is better to eat after work or before bed.

It has high protein content compared to other veggies. It is a power-packed combination of protein, fiber, Vitamin C and Vitamin K.

An egg provides the body with almost 6 grams of protein. Eggs contain all important amino acids required by the body in appropriate ratios. For best results, eggs are advised to be taken as breakfast or after work out when the synthesis of proteins is high.

It is a cheesy flavor acquired by deactivating Saccharomyces cerevisiae yeast. It provides the body with plant protein content of 14 grams. Nutritional yeast is used as a common ingredient in dishes like mashed potatoes and can also be sprinkled on pasta dishes.

How to Prevent and Reduce Bloating
Carbohydrate Intolerance: Definition, Symptoms, and Treatment