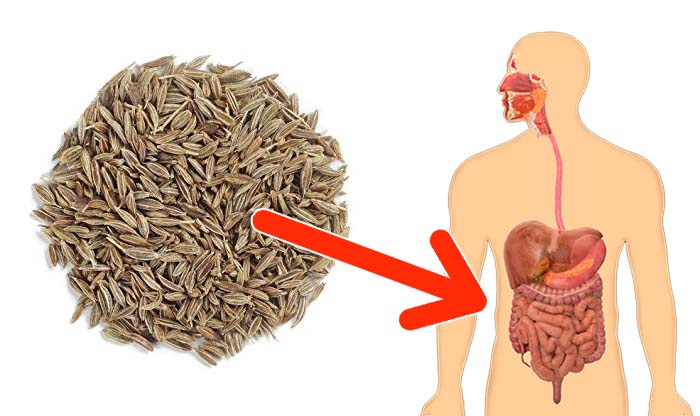 Spices and herbs are at the center of our origin. These have found their way into our rich tradition and culture for a long time now. A lot of spices and herbs contain fantastic plant compounds that can prevent diseases like Alzheimer’s, relieve pain, heal, and even protect against heart diseases, cancer, and many other critical illnesses.

Even today, we still find ourselves making use of the herbs and spices sold during the middle ages like nutmeg, cloves, ginger, black pepper, cinnamon, cumin, and of course, turmeric. Over the years, many new herbs have been found that had their unique benefits.

Let’s briefly go through some of these herbs that boast incredible health benefits, and you can easily incorporate into your daily diet.

Found among the ginger family primarily grown in Indonesia, China, and India, turmeric is no doubt the most potent herb ever discovered. Embedded in it are many compounds that have medicinal properties. For instance, it contains curcumin, an amazingly strong antioxidant that enhances your body’s natural antioxidant enzymes.

Being one of the most popular spices worldwide, here are some benefits linked to turmeric:

To prevent and slow blood clotting, medications like warfarin, aspirin, naproxen, diclofenac, ibuprofen, enoxaparin, clopidogrel, and many others are recommended. However, these medications might not be the wisest decision for people with conditions like pulmonary embolism and deep-vein thrombosis. One common issue is an overdose of ibuprofen.

Aside from the common side effects of these drugs, like hemorrhage and excessive bleeding, some of the risks associated with antiplatelets include headaches, difficulty breathing, and back pain. Moreover, several revolutionary studies in the 1980s have shown that the curcumin in turmeric is a better alternative for individuals suffering from vascular thrombosis.

From tests carried out on laboratory animals, it has been proven that turmeric is quite effective in reducing the symptoms of depression. In a study of 60 volunteers that were diagnosed with MDD (Major depressive disorder) like manic depression, it was found that all of the patients tolerated curcumin without any side effects, and it was as effective in managing depression as was Prozac.

Since curcumin is well-known for its incredible pain reducing and anti-inflammatory properties, Turmeric can also be used in managing arthritis.

Related:   18 Health Reasons to Incorporate Celery into Your Meal Plan

It has also been reported that turmeric can serve as a natural treatment for cancer, albeit some further studies are required to prove this fact.

Adding turmeric to your daily recipe can substantially reverse insulin resistance and low your blood sugar.

It has been discovered that people with stomach and digestive complaints become intolerant to prescribed medications due to the compromise of the stomach flora, and further intake of these medications can cause the tear of the muscular lining. However, a concise analysis of the ability of curcumin to help manage gastrointestinal disease led to the discovery that many of the people suffering from this disease stopped taking their prescribed medication as they got better just by taking curcumin.

Studies have found that curcumin is more effective or equal to diabetes drugs in the reduction of oxidative inflammation and stress in treating elevated cholesterol levels.

Curcumin, in the scientific field, has a widely accepted characteristic, which is the capacity to reduce pain.

First grown by the Indians and Chinese, ginger was one of the leading herbs that helped in fast-tracking the commissioning of the spice and herb trade routes throughout the world. It is a popular spice used as an alternative to medicine in various ways and has a long track record of being used in multiple forms of alternative or traditional medicine.

What are the benefits of ginger? Here are some of the best ones:

As an herb native in the Mediterranean region, Rosemary is believed by the Greeks to be effective in enhancing brain and memory function. As a tradition, this herb is famous for being a symbol of fidelity, and was in the past, burned as incense in weddings all around Europe.

Related:   Can You Eat Too Much Avocado?

Rosemary has an active ingredient known as ‘Rosmarinic Acid,’ and has shown to be effective in suppressing nasal congestion and allergic responses.

What are the benefits of this ‘Rosmarinic Acid’?

Garlic is one of the most popular herbs and spices in the world. It’s used in almost every cuisine today, and has in the past, been used to increase strength and production among laborers in some cultures.

Overall power to boost the immune system and anti-infection are one of the many well-known benefits of ginger, and some other benefits include:

This is one extremely finger-licking spice and is available in almost every supermarket around the globe. It is made from the inner bark of trees and since ancient Egypt, it has been known for its numerous health benefits, some of which include:

Grown on an evergreen tree that falls under the scientific classification Myristica Fregans, Nutmeg is a slightly sweet and delicate spice that is used in many cuisines around the world. Due to its nutritive content of organic compounds with essential oils, minerals, and vitamins, it is known to have a great impact on health in numerous ways, which include:

Due to its powerful healing characteristics, sage has been popular since the Middle Ages. Commonly found in the Mediterranean region, it is a green shrub with woody sterns and purple or blue flowers.

Sage has a striking similarity to Rosemary, and is traditionally used in boosting female fertility, treating snakebite, and so on, but can also serve benefits like:

Popularly known as pizza herb, oregano is a famous herb used in enhancing or improving the flavor of food, but still stands as a source of minerals and vitamins like vitamins A, C, and E complex, and also rich in magnesium, zinc, niacin, manganese, potassium, copper, calcium, and iron.

Some of the health benefits of oregano include:

Cumin is a flowering plant whose seeds are used in the cuisines of many cultures around the world. It is famous as a spice or condiment in some African, Latin American, and Asian countries, and also in the Indian subcontinent. Some of its health benefits include:

Commonly known as Tulsi, Holy Basil is no doubt one of the best medicinal herbs in the world. Just by dropping a few leaves in your food or drinking water, or by keeping it planted indoors in a pot, you can protect yourself from germs, colds, coughs, infections, and many other viral infections.  Its health benefits include:

Mostly used for medicinal, cosmetic and culinary purposes, calendula possesses fantastic healing properties. While being a powerful antioxidant, calendula is also one of the strongest of antiviral herbs that can help you cope with numerous health issues ranging from cramps to skin inflammation to even cancer.

Calendula is a rich source of potent flavonoids – plant-based antioxidants that prevent free radical damage and protect cells from pro-inflammatory compounds such cytokines and C-reactive protein.

Calendula aids in preventing and relieving muscle spasms, including abdominal and PMS cramps and those caused by constipation.

Not only does calendula combat carcinogenic activity within a tumor, but also helps to activate the lymphocytes that ward off infectious and foreign invaders.

These herbs are very beneficial to our health, and the best part is that they can found in every supermarket out there. Every family has a spice and herb rack in their homes, and while some might know the numerous benefits that come with including them in our recipes, others might not, but it is something we should not take with levity as we stand to stand to gain a lot from them.