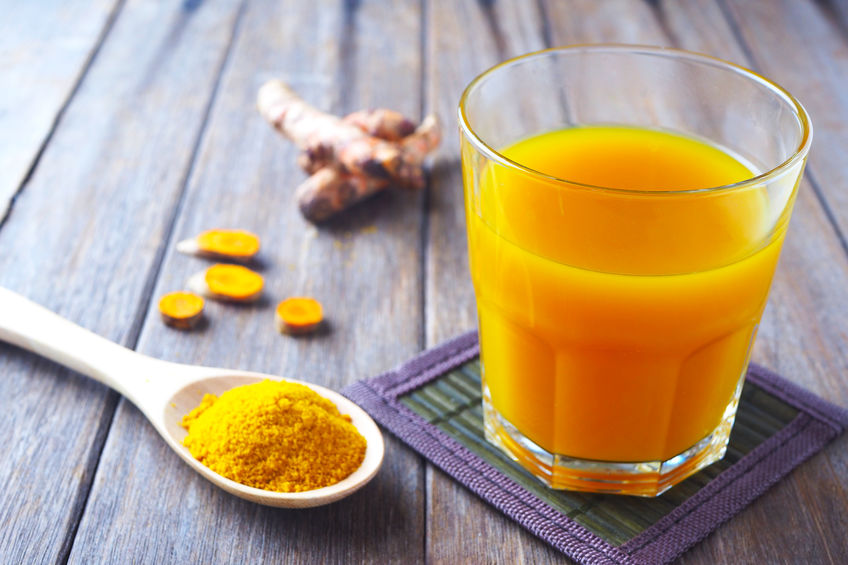 Turmeric tea boasts a lot of health benefits, despite being highly underrated today.

Turmeric is one of the most powerful healing foods that help to treat and prevent a range of diseases and conditions, including heart disease, hay fever, digestive issues, joint conditions, and chronic inflammation, among others.

If you have never tried turmeric tea, here are a few reasons for you to try this healing drink:

It’s also been proven to enhance the immune system. (1) Curcumin also controls immune cell function in working against most types of cancers and is recognized as a potent anticarcinogen. All-in-one, isn’t it?

Ease the symptoms of IBS

Irritable bowel syndrome (IBS) is a digestive disorder characterized by symptoms like abdominal pain and bowel movement changes, which can develop over a long time, often several months or even years.

Turmeric tea has long been used as a natural treatment for common digestive disorders, including IBS. Turmeric tea can ease stomach pain and other symptoms experienced by people with IBS.

Reduce the risk of heart disease

Turmeric tea is packed with powerful antioxidants and has anti-inflammatory properties, making it one of the best drinks for helping to prevent heart disease.

It’s also been suggested that it can aid in lowering the likelihood of cardiovascular complications after surgery.

Even though more research is needed to prove the fact that drinking turmeric tea can treat or prevent Alzheimer’s disease, curcumin is an excellent source of antioxidants that positively impact the brain’s function.

Turmeric tea might also lower the accumulation of amyloids and the synaptic marker loss which promote the development of Alzheimer’s disease. Moreover, curcumin might aid in preventing or suppressing certain age-associated protein changes associated with neurodegeneration.

Relieve the symptoms of joint conditions

If you suffer from arthritis, turmeric tea might help you handle the symptoms of this joint condition. Due to its anti-inflammatory properties, turmeric tea combats inflammation and aids in reducing the swelling that people diagnosed with arthritis tend to experience.

According to a scientific review, curcumin, which is a key compound in turmeric tea, helps to relieve pain in people diagnosed with osteoarthritis. (2)

Alleviate the symptoms of lung conditions

Scientists have suggested that turmeric tea can help to ease the symptoms of lung conditions, thanks to its potent antioxidant and anti-inflammatory abilities.

According to a medical review, curcumin might aid in treating lung conditions, such as chronic obstructive pulmonary disease (COPD), lung injury, lung cancer, cystic fibrosis, pulmonary fibrosis, and asthma. (3) More research is required to prove this fact, though.

Curcumin is also known for its ability to maintain good liver health. It helps to lower the likelihood of liver damage by stimulating the production of the digestive fluid bile. At the same time, drinking turmeric tea can help to keep your liver cells protected from damage caused by bile-associated chemicals.

High cholesterol has been associated with an increased risk of high blood pressure, diabetes, and cardiovascular disease. This means that you can significantly reduce your likelihood of developing peripheral vascular disease, stroke, and coronary heart disease by drinking turmeric tea.

Related:   Every Parent's Guide: The Causes and Treatment of Febrile Seizures

How to brew turmeric tea

In order to brew your own turmeric tea, you’ll need powdered, grated, or ground turmeric. Try to find pure turmeric for maximum benefits. Pour a cup of water into a small saucepan and stir in a teaspoon of turmeric. Bring to a boil and allow it to boil for at least 5 minutes or simmer for 10 minutes. Strain the tea into a cup, let it cool, and enjoy. It’s recommended to drink turmeric tea in small sips.

If you want to jazz up your turmeric tea or you don’t like the taste of it, you can add ginger or black pepper when preparing your tea. Or, you can sweeten your turmeric tea with raw honey for extra anti-microbial properties. If you like your tea with milk, try adding almond milk to it.

Is turmeric tea safe for everyone?

Despite all the fantastic health benefits of turmeric tea, this drink isn’t for everyone. If you have a certain health condition, or you take certain medications, you should talk to your doctor before drinking turmeric tea. Pregnant and breastfeeding women must be extra careful, too. People who have kidney stones, bile duct issues, gallstones, or iron deficiency should avoid drinking turmeric tea. Drinking too much turmeric tea might result in gastrointestinal discomfort and other digestive issues.

Turmeric tea is a healing drink that offers amazing benefits, but make sure you consult your doctor before incorporating it into your daily meal plan.

Fight The Coronavirus: Strengthen The Immune System
Things That Destroy Your Skin Health