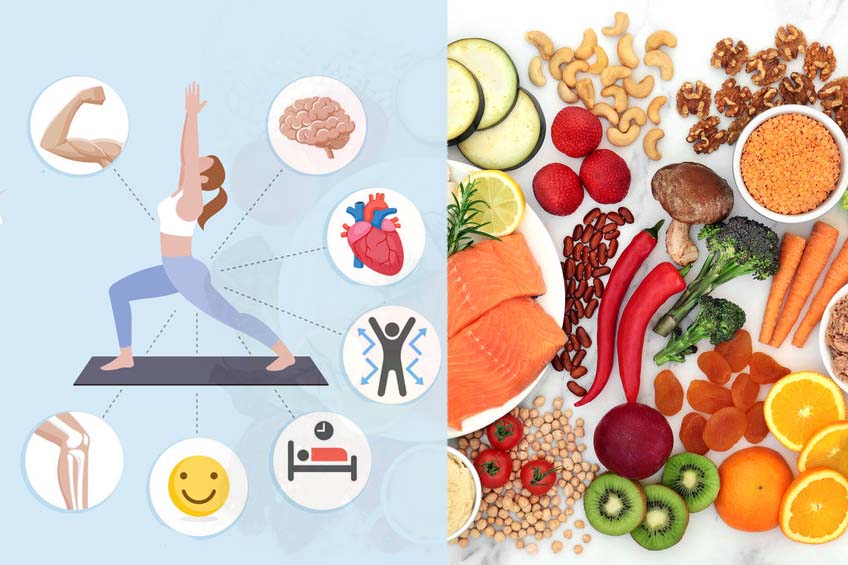 Although all essential vitamins and minerals should be included in a healthy diet, iron, calcium, vitamin C and vitamin D are of particular importance for women.

What is iron and why is it especially important for women?

Iron is important for several processes in the body, including energy metabolism and immune function.

However, it is best known as being the main component of haemoglobin; the part of a red blood cell that transports oxygen to all the body’s tissues.

According to the British Nutritional Foundation (1), more than 2 billion people worldwide suffer from iron deficiency anaemia, making it the most common nutritional deficiency condition.

The Scientific Advisory Committee on Nutrition (SACN) in the UK, in its 2010 report on ‘Iron and Health, (2) specifically identifies girls and women of reproductive age as being at risk of iron deficiency anaemia.

This is due to blood loss during menstruation, particularly in those who have heavy periods.  It is especially important for them, therefore, to ensure an adequate iron intake (although someone who is already anaemic will require iron supplements).

The recommended daily intake for iron for women (3, 4) is:

How can I get it?

Haem iron is found almost exclusively in red meat and liver.  However, because of the other health risks associated with high meat consumption, it is not advised to rely too much on meat as an iron source. Liver is a rich source of iron, but pregnant women are advised not to eat liver.

The best non-haem iron sources are cereals, pulse vegetables, nuts, eggs, fish, whole grains and dark green leafy vegetables.  It is also found as an addition to certain foods which are listed as ‘fortified with iron’, for example many cereals and (in some countries) white flour, although recent advice from the SACN suggests that this may be less beneficial than previously believed.

Non-haem iron absorption can be restricted by phytate (in cereals and pulses), fibre, tannins (in tea and coffee) and calcium.  Vitamin C from fruit and vegetables aids absorption of non-haem iron, and so does meat.

In the past, people were advised to include a source of vitamin C in a meal containing non-haem iron, and avoid those foods that inhibit absorption (at that meal).  However, new evidence (2) has found that including a variety of iron-containing foods in your general diet is more important than combinations at a specific meal.

What is vitamin C and why is it especially important for women?

As vitamin C aids the absorption of iron (in addition to its other roles in the body), anyone whose need for iron is greater should also ensure they are consuming adequate vitamin C.

The British National Health Service (5) recommends 40mg a day for all adults aged 19 to 64.  However, the US National Institute of Health (6) recommends the following for women:

How can I get it?

There is also some vitamin C in potatoes (especially new potatoes).

What is folate / folic acid and why is it especially important for women?

Folate is a B vitamin, used by the body to make new cells, for normal cell division and for the structure of the nervous system, specifically the development of the ‘neural tube’ (which becomes the spinal cord) in the early embryo.

Folate is particularly important for women during early pregnancy.  Since a 1991 study (7) provided evidence that it could prevent some major defects in the baby’s brain and spine, such as anencephaly (absence of a major portion of the brain, skull, and scalp) and spina bifida (a gap in the spine), pregnant women were advised to take folic acid supplements.

Because these neural tube defects happen in the first few weeks of pregnancy, often before the mother is aware that she is pregnant, this advice also applies to those planning a pregnancy.  The Center for Disease Control (CDC) takes it further and advises all women of reproductive age to take a daily supplement (8), to cover unplanned pregnancies.

Women who have previously had a baby with neural tube defects will need more and should discuss this with their healthcare provider.

Folic acid, the synthetic version, is found in supplements and in fortified foods such as rice, pasta, white flour and bread (added by law in some countries) and some breakfast cereals.

It is important to note that although folate can be found naturally in some foods, this is not sufficient for pregnant women, who must take a supplement in addition, as this is the only form fully absorbed by the body (9).

What is calcium and why is it especially important for women?

Calcium is the most plentiful mineral in the body.  Among its many roles is the development and maintenance of healthy bones and teeth.  Calcium deficiency in adults can result in loss of bone density leading to osteopenia and osteoporosis, with an increased risk of fracture.

An adequate calcium intake is particularly important during adolescence, pregnancy and when breastfeeding to ensure peak bone mass is established.

Post-menopausal women, whose bones no longer benefit from the protective qualities of oestrogen, are at greater risk of developing osteoporosis and should also be careful to ensure an adequate calcium intake.

Related:   What Your Frequent Cravings Say about You

Public Health England (10) recommends 800 mg of calcium daily for adolescent women and 700mg for those aged 19+.

Milk, cheese and other dairy products are good natural sources of calcium, as is bread in countries with calcium-fortified flour.  Calcium is also found in some leafy vegetables and in the bones of canned fish such as sardines and salmon.  Some soya products are also fortified with calcium.

What is vitamin D and why is it especially important for women?

Your body needs vitamin D to absorb calcium for optimal bone health.  Anyone with greater calcium requirements should also be careful to ensure they get sufficient vitamin D.

Although it is also found in significant amounts in oily (fatty) fish, eggs, meat and fortified cereals, the main source of vitamin D is sunlight.  The action of sunlight on skin creates vitamin D and this should usually provide enough for most people, especially in summer.

In countries with fewer hours of daylight in winter, however, vitamin D deficiency is common and a supplement is sometimes recommended.   For example, the UK government recommends that (among other groups) pregnant and lactating women and people aged 65 years and older take a 400 IU supplement daily.

Note: Many vitamins and minerals are destroyed by heat and water.  Try to eat fresh fruit and vegetables wherever possible, and steam or microwave instead of boiling.  Avoid keeping food hot for a long time.

Is It Healthy to Eat Fish or Chicken Skin?

How to Freeze Fresh Foods to Prevent Waste

Water with Meals? Is It Good or Bad?