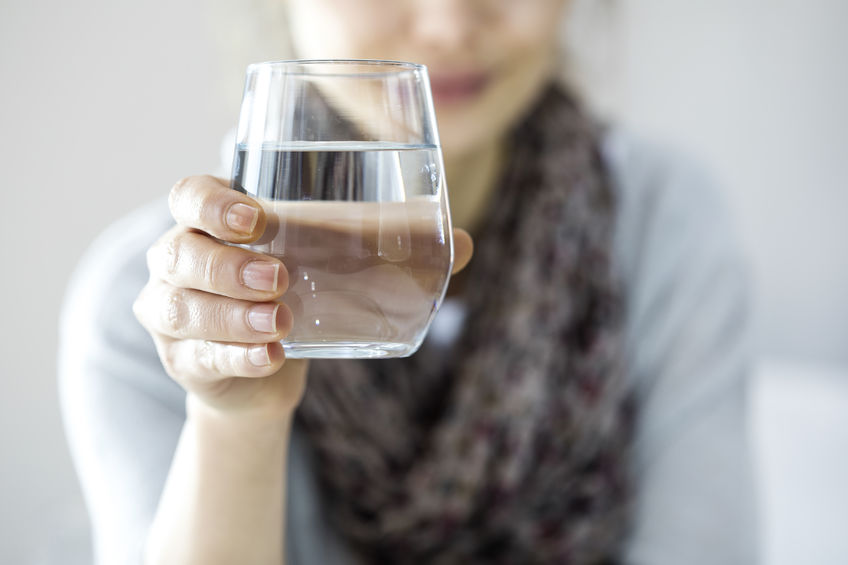 Water is vital for your body and sipping those eight glasses is a surefire way to maintain optimal hydration. Many people drink water with meals – especially if they’re trying to lose weight. Other people believe drinking water during meals is harmful to health.

In fact, if you drink filtered water during meals, it can aid your digestion. However, if you drink any other beverage like tea or soda, it might have a negative impact on your body. Let’s discover all the pros and cons of drinking water while eating.

It’s thought that drinking water with a meal can negatively impact the digestive system, as water decreases the production of saliva inside the mouth. This can suppress the release of gastric juices and enzymes, which are responsible for proper digestion.

Another popular belief about drinking water with meals is that water increases the speed of solid food elimination from the stomach. It results in poor digestion because liquids are suggested to limit the meal’s contact time with digestive enzymes and stomach acid.

Both beliefs haven’t been scientifically proven. On the contrary, findings claim that liquids have no significant impact on the digestion speed of solid foods, albeit liquids generally pass through the digestive system faster than solids. (1)

On the other hand, drinking water with a meal has been shown to improve digestion and promote weight loss. Water aids in breaking the big pieces of food down, enhancing bowel movement, and reducing the likelihood of constipation and bloating. A glass of water with a meal can help you avoid overeating, as well.

Moreover, water is helpful in encouraging the proper function of digestive enzymes. Drinking a lot of water while eating can wreak havoc on your digestive system, though. This is why it’s crucially important to limit your liquid consumption to a single glass per meal.

Remember, you can have a glass or two of water before or after eating for optimal hydration of the body. Sparkling water with meals can trigger digestive downsides, including gassiness.

As mention above, drinking a glass of water with meals can help you manage your appetite, lose weight, and keep it off. When you take a 2-second pause to sip some water while eating you give your body enough time to catch a fullness signal.

It’s important to recognize that signal as we tend to overeat most of the time. Overeating may result in weight gain as well as reduce your energy levels after a meal.

According to a study, people who had 500 ml (3 glasses) of water before eating shed 4.4 pounds in 12 weeks. (2) Perhaps, drinking 3 glasses before and during a meal is a lot for you, but one glass can do a trick, too.

Related:   11 Health Benefits of Including Garlic in Your Diet

Another way water aids in weight loss is by speeding up the metabolic rate. Drinking 500 ml of water has been proven to increase metabolism by 30%. (3) It happens within 10 minutes after drinking water.

However, drinking warm water doesn’t bring the same result. When you drink cold water, your body begins using plenty of energy to warm it to body temperature. More research is still needed to explore the weight loss effect of water, though.

Every person has its own metabolism. One person can drink water with meals and lose weight while another one can do the same and gain weight. If you drink sugary drinks or alcohol with meals, your calorie intake might increase, depending on what you drink.

When you’re trying to put on a few extra pounds, drinking water at mealtime isn’t a good idea. Depending on how much you drink, water can take up half a space in the stomach, leaving you eating less than you need.

This means you can feel full before finishing your meal. Your calorie intake decreases and thus you have difficulty gaining weight. Try to drink any liquids after a meal to make sure you eat enough calories. If you can’t eat without water, limit your liquid consumption at mealtime to a minimum.

How to drink water with meals

As weird as the title sounds, many people drink water with meals incorrectly. One of the negative sides of drinking water at mealtime is that it makes you feel bloated. That’s because slurping or gulping makes you swallow plenty of air while drinking and eating. If you want to avoid gassiness and burping, ensure you sip water very slowly. Don’t allow air to enter your mouth.

Related:   What Your Frequent Cravings Say about You

So, is it good or bad to drink water with meals? There’s no right answer here, as more scientific research should be conducted to find the answer. Meanwhile, you should listen to your body and see what works for you.

If you feel well after drinking water at mealtime, you shouldn’t worry about this habit. If you feel unwell, it’s a warning sign that your digestive system suffers and you need to reconsider your eating habit.

People with reflux symptoms shouldn’t drink any liquids, including water, before or after a meal. Drinking other liquids like coffee, tea, soda, or alcoholic beverages, at mealtimes isn’t recommended for healthy people, either.